Can Chiropractic Help My Concussion?

Published on 27 October 2015 under Whiplash 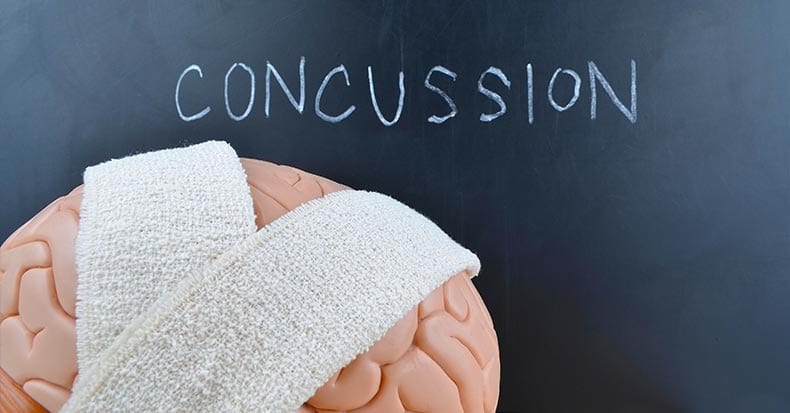 Whiplash Associated Disorders (WAD) is the appropriate terminology to use when addressing the myriad of symptoms that can occur as a result of a motor vehicle collision (MVC). In a recent publication in The Physician and Sportsmedicine (Volume 43, Issue 3, 2015; 7/3/15 online:1-11), the article â€śThe role of the cervical spine in post-concussive syndromeâ€ť takes a look at the neck when it’s injured in a car accident and how this relates to concussion.

It’s estimated about 3.8 million concussion injuries, also referred to as â€śmild traumatic brain injuryâ€ť (mTBI), occur each year in the United States. Ironically, itâ€™s one of the least understood injuries in the sports medicine and neuroscience communities. The GOOD NEWS is that concussion symptoms resolve within 7-10 days in the majority of cases; unfortunately, this isn’t the case with 10-15% of patients. Symptoms can last weeks, months, or even years in this group for which the term â€śpost-concussive syndromeâ€ť (PCS) is used (defined as three or more symptoms lasting for four weeks as defined by the ICD-10) or three months following a minor head injury (as defined by the Diagnostic and Statistical Manual of Mental Disorders).

There have been significant advances in understanding what takes place in the acute phase of mTBI, but unfortunately, there is no clear physiological explanation for the chronic phase. Studies show the range of force to the head needed to cause concussion is between 60-160g (â€śgâ€ť = gravity) with 96.1g representing the highest predictive value in a football injury, whereas as little as 4.5g of neck acceleration can cause mild strain injury to the neck. In spite of this difference, the signs and symptoms reported by those injured in low-speed MVCs vs. football collisions are strikingly similar!

Research shows if an individual sustains an injury where the head is accelerated between 60-160g, it is HIGHLY likely that the tissues of the cervical spine (neck) have also reached their injury threshold of 4.5g. In a study that looked at hockey players, those who sustained a concussion also had WAD / neck injuries indicating that these injuries occur concurrently. Injuries to the neck in WAD include the same symptoms that occur in concussion including headache, dizziness/balance loss, nausea, visual and auditory problems, and cognitive dysfunction, just to name a few.

The paper concludes with five cases of PCS that responded well to a combination of active exercise/rehabilitation AND passive manual therapy (cervical spine manipulation). The favorable outcome supports the concept that the neck injury portion of WAD is a very important aspect to consider when treating patients with PCS!

This â€ślinkâ€ť between neck injury and concussion explains why chiropractic care is essential in the treatment of the concussion patient! This is especially true when the symptoms of concussion persist longer than one month!

We realize you have a choice in whom you consider for your health care provision and we sincerely appreciate your trust in choosing our service for those needs.  If you, a friend, or family member requires care for Whiplash, we would be honored to render our services.